Type something and hit enter

Into The Unknown Jungle

The Jungle slipped by. I knew this part well enough. The tree that had been struck by lioltu wąs milíar, as was the one whose broken branches trailed in the water.

But soon I was in a part of the jungle that I'd never seen before. There were trees with flowers as orange they were on fire. There were others, too, with the biggest greenest leaves I'd ever seen.

It was a whole hew world. Wolves are teritonial and we cubs rarely ever venture beyond our own area. It's only the lone wolves in search of new territory who leave the bounds of their land. And so, I felt a little nervous.

territory who leave the bounds of theit ian Ad SO , I felt a Iittle nevous.

I'd never been on my own for so long, and none of us had ever ventured this far. The water seemed pick up Speed. It was as if it sensed my urgency to get away. And now it was taking me away. Farthe And faster. I was scared.

Not a splash, not a voice. Nothing was familiar anymore. I couldn't hear or see my fellow cubs. "Badshah? Surya? Uma?" | I called. No reply. The jungle suddenly seemed to go silent.

"Hey Where are you Nothing. The silent deepened.

I could see a bend in the river coming up. The river would slow down now. Then I could get off, bank the log d follow the river back to where I started. We all could come back for the log together. Yes, I felt better now that I knew what I had to do.

The river was shallower and slower ow. bopped off the log and tried to push it up to the shore. It wąs heavy.

Can I help yout" asked a soft voice. I whirled around, slipping on the mushy river bank. I looked up and into the face ofa little monkey with a mop of hair on his head. I'd seen monkeys before, but l'd never really met one.

Shall I help" he asked, extending a long arm and pointing to my log

Y-veab, OK. . I said. So with me pushing and him pulling, we banked the log.

"will you be my friend?" he asked ever so gently. couldn't help smiling. He smiled, too, showing his long, yellow teeth. "I'm Boo," he said. "who are you, hairless chimp?"

And then he burst out laughing. He laughed until he was loose limbed. He flopped down onto the ground. wiping away tears of laughter. "A wolf! A wolf! Oh, that's priceless!"

more chimp than wolf. Why, I'd almost dare to Say you're Man than me"

"I am a Man-cub. But I belong to a wolf family. that makes me a wolf, too. M qre comind right behind me and they'll tell you." I wished the others would hurry up so they could tell him that I was indeed part of a wolfpa pack. 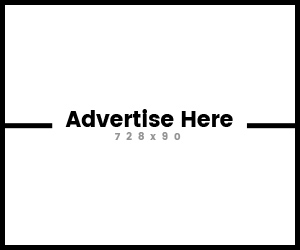